We at LiveScore27 are sure it would be a perfect idea to look at what the Gunners fans should be expecting from their new No.9.

Livescore27 has decided to draw some  comparison of the Former Arsenal Captain Pierre-Emerick Aubameyang and the Gunners new tailsman Gabriel Jesus.

All stats are taken from FBRef to ensure we come up with the perfect differences between the two forwards by assessing five major attributes of each othe the two.

Comparing Gabriel Jesus stats from 2017 – 2022 we can confidently says that the Brazilian is no where near Pieree-Emerick Aubameyang when it comes to shooting fonishing.

Let’s take a lool at Gabriel Jesus Goal stats; if we should subtract Jesus’s xG from his total Non-penalty goals, the we get a figure of (-5.7). This figute is a way below-average finisher compared to the former Arsenal striker Aubameyang whose figure from 2017 to 2022 stood at (+7.3).

Pressing and pressuring opponents is no doubt a key attribute of Gabriel Jesus, considering his contributions in Pep-Guardiola Mancheste City’s squad.

Aubameyang on the other hand is not perfect in this area either, Jesus’s always do bit better work off on the ball than the new Barcelona striker.

Looking without stats one could easily regardrd Aubameyang as a pretty and decent dribbler compare to Jesus but stats from FBRef shows that Gabriel Jesus us far more better when it comes to dribbling and much more a successful one.

Putting in place his Manchester City stats its obvious Gabriel Jesus is more superior to Aubameyang when it come to Creativity. Jesus is almost twice as likely to provide an assist compare to Aubameyang’s.

Jesus provides (0.25) assists per 90 compare to Pierre-Emerick Aubameyang ‘s (0.14). Also in terms of key passes, Jesus also come out ahead.

Stats from 2017-2022 shows that Jesus recorded (1.38) key passes per 90 minutes, while the former Arsenal striker only managed to recorded (0.85). Jesus also has a better pass completion percentage than Aubameyang’s.

This stats shows that little should be expected from Jesus when it comes to aerial ball (Headers) when competing with defenders. Jesus is more of a threat when holding the balls and run behind defenders. 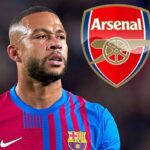 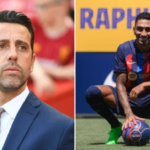