Arsenal have emerged as the leading candidate in the race to add Lyon attacker Lucas Paqueta.

Arsenal are confident they can agree on personal terms with Lucas Paqueta who is also a target for Newcastle United and Roma.

Brazil international joined Les Gones from Milan in a €20m deal in 2020 after a forgettable spell at San Siro.

However, Paqueta has thrived at Lyon and has become one of Ligue 1’s leading prospects, contributing to 34 goals in 77 games for Les Gones despite their struggles over the last few years.

Last campaign, the Brazilian netted 11 goals and provided seven assists across all tournaments.

The South American playmaker excelled in a host of attacking and midfield positions last term, even operating as a false-9 centre-forward at times.

The former Milan playmaker’s glowing displays both in Ligue 1 and the UEL have forced other teams to take notice.

Lucas is also now a fully-fledged Brazilian international and has 33 caps to his name, scoring seven goals along the way.

Paqueta has three more years left on his deal, which lasts until 2025. The Gunners have emerged as a strong possibility for the Brazilian maestro in the last week or so.

Recent reports have suggested the Spanish manager is a huge fan of Lucas’ versatility to play in midfield or up front and is pushing to sign the playmaker this summer.

Lucas Paqueta is currently worth at around £25m-£30m currently. Arsenal signing him will cost around £30m-£35m. 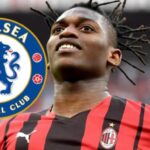 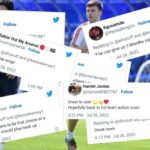