Arsenal have reportedly prepared to make a £42m move for Lazio’s and Serie A star Sergej Milinkovic-Savic, according to several reports.

The 27-years-old Lazio midfielder has long been on the list of host of Europe’s top league teams.

However, no team has successful secure the 27-years-old from the Italian side, leaving him in his seven-year run with Lazio so far.

Mikel Arteta and Edu are believed to be highly interested in adding more fire power to their midfield area by January.

Leicester City start Youri Tielemans is also likely to make his way to the North London club by January after failed moved that occured this summer.

Arsenal are expected to bid around £24m for the Lazio midfielder, however , the reports claims that Lazio are asking for £55m from to release their star player.

Milinkovic-Savic still has two years left on his contract with Lazio but the midfielder is keen to move to a top European’s team.

Milinkovic-Savic could be the best replacement for Granit Xhaka who has been rumoured to make a switch to AS Roma.

Next up for the Gunners is the North London Derby with Tottenham at Emirates Stadium on Saturday. 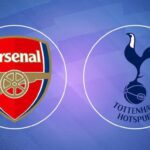 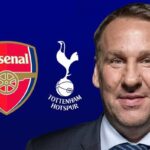 Another Defeat for Arsenal ? Read as Pau