Mikel Arteta is in the middle of building a side that he believes will go on to challenge for more than a top four spot this coming season – and has dome some very good business so far.

Savic has been linked with a move to the Premier League for a few years now – but no club have been able to negotiate a fee with Lazio – and he has spent a large chunk of his career in Italian Football.

However – according to recent reports on Italian publication Tuttosport claimed the Lazio midfielder is keen on a Premier League switch this summer which has given the Gunners a real chance to get a deal done.

Arsenal have already completed the signing of Gabriel Jesus, Marquinhhos, Fabio Vierra and many others.

However, Mikel Arteta is Keen on bringing either Youri Tielemans or Milinkovic-Savic to the team. Bringing them will enhances his midfield squad. 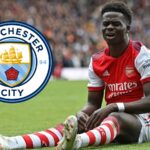 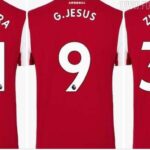