ARSENAL VS SEVILLA Arsenal will wrap up their pre-season with the Emirates Cup game against Sevilla on Saturday as they prepare for the new 2022/2023 Premier League campaign.

Mikel Arteta Arsenal’s side will host Sevilla at the Emirates Stadium as they hope to record another win and trophy after securing 4-0 against Chelsea in the Florida Cup.

How to stream and watch Arsenal vs Sevilla?

The Emirates Cup will not be broadcast on television in the UK, everyone can stream it live via official Arsenal website and the Gunner’s official App with a just a pass for £5.99.

In the United States, Gunner’s fans in the US can also stream the game via the official club website. 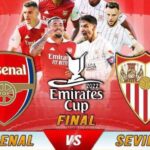 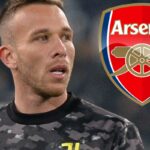