Mikel Arteta Arsenal’s are currently in an impressive form, edging to the World Cup Break with 5 points Clear on the Premier League table.

No doubt, many football expects believes that Arsenal must strengthen their squad in other to maintain their current form in January.

Mikel Arteta has already identity some players who interest him ahead of the winter transfer.

The Premier League is currently on break, while World Cup is expected to begin in 6days time, and Arsenal sit comfortable on the Premier League table ahead of Manchester City with 5 points clear.

“It can look thin at times and it can look short of quality. Mikel Arteta would, in private, concede that and I’m sure he’d like to add in January.

“The recruitment department is on the money and they plan ahead to January and the following summer, so it will be interesting to see if they can add to the squad in January.” 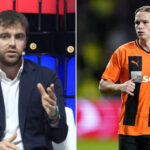 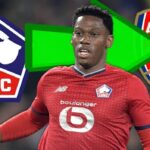