Arsenal are likely to loose their £85m rated winger to either Manchester City, Liverpool or Chelsea according to Paddy Kenny.

The former Sheffield United goalkeeper believes that Saka would consider joining the likes of Liverpool if his current club don’t qualify for the Champions League:

I just think he isn’t in a major rush to sign. If Arsenal didn’t get into the Champions League this season I wouldn’t be surprised if he is looking for a move.

He would be looking for a move to a regular Champions League team like Liverpool or Man City, even Chelsea.”

“It would have to be someone who is more or less guaranteed Champions League football. It is a tough one because he still has years left on his deal and whoever comes in will have to pay top dollar. He will definitely want to get out if they don’t get into the Champions League, that’s what the club will promise him.”

It seems unlikely that Saka would actually angle for a move away from the Emirates next summer. While he may harbour ambitions of playing in Europe’s top competition, he is thought to be very loyal to Arsenal.

Liverpool’s hopes on recruiting the England international would probably hinge on there being a breakdown in negotiations, but there have been no signs that will happen so far.

Journalists, including Fabrizio Romano, believe that Saka intends to sign a contract extension once an agreement on a salary has been reached.

However if Arsenal fail to make top 4 or enter the Champions League, Bukayo Saka is likely to leave Arsenal and is open for a move to Manchester City, Chelsea or Liverpool.

Saka is currently rated at a sum of £85m. Arsenal could sell him for £90m. 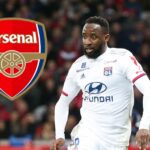 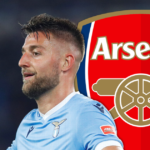