There are rumours going around that Arsenal boss Mikel Arteta is not really convinced that Leicester City’s Youri Tielemans has the strength required to manage the midfield, while Fabrizo Romano has played down those claims.

Romano said; “There’s been some speculation that Arsenal are concerned about Youri Tielemans’ physicality, but I have no news on any issues like this.”

According to the transfer expert Fabrizo Romano, the primary reason why the Gunner’s has decided to take things slow is that they are willing to offload some players first so as to make a space available for Leicester City Youri Tielemans:

“My latest update on the situation is that Arsenal have been in contact for the Belgian midfielder for months, but the priority goes to the outgoings in that position.” Romano said.

Sounds like Romano is now backing up what David Ornstein has been saying about the sales of some first team players.

David Ornstein has once claimed that a midfielder will likely have to leave for the Gunners to strike a deal with Leicester City.

With the look of things now, Arsenal stand in danger of lossing thier long-time target to another club if they wait to long to decide.

West Ham, Manchester United and Tottenham have all show interest in the 25-years-old Belgian midfielder. 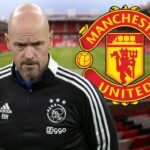 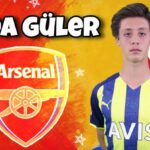