Former Arsenal midfielder Paul Merson is expecting is boyhood club to overpower Spurs in a tight contents that will be coming up at Emirates Stadium on Saturday.

The Sky Sport pundit is convinced that Mikel Arteta Arsenal’s team are in a better form as they get ready to face Tottenham in the North London Derby.

“The way they’re playing at the moment, I don’t see Tottenham being able to beat Arsenal. They did defeat Leicester by a 6-2 margin the other day, but the scoreline flattered them in my opinion.

“With Manchester City in the title race, both these teams should realistically aim for a top-four finish. Arsenal absolutely dismantled Brentford in their previous game, and their home advantage gives them the upper hand in this match.”

Paul Merson has made a 2-1 win in favour of Arsenal, which many can be seen as fair predictions.

With Arsenal hosting Spurs at Emirates Stadium, that should give the Gunner’s a slight advantage over the visitor.

Mikel Arteta need to be wary of Tottenham threat on the counter-attack to avoid the repeat of what happened in the 3-1 defeat to Manchester United.

How To Watch Arsenal Vs Tottenham ? 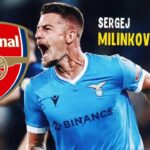 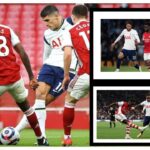