Arsenal are currently leading the race to sign 25-years-old Brazilian midfielder after receiving a boost in their pursuit of Aurthur Melo.

Juventus signing Zakaria and the arrival of Paul Pogba from Manchester United as render the Brazilian midfielder surplus to requirement at Allianz Stadium in Turin.

It has been confirmed that Allegri does not have a place for Arthur Melo in bis squad and the club is ready to let the player leave this summer. Arsenal have been in talk with Arthur Melo since the last winter window and the Gunner’s are back to negotiate for the midfielder this summer.

Mikel Arteta has welcome some new signing into his squad recently but the Spanish manager still hope in adding another midfielder to his squad.

Arthur Melo and Leicester City’s Youri Tielemans are the two major target left for Arsenal this summer. Both players have been strongly linked with a move to Emirate Stadium since last winter.

The North London club are now seemingly ready to go all in for the Brazilian Midfielder after a report claimed that a former proposal is being prepared to be delivered to Juventus.

Arthur Melo has endured a hard time with the Serie A giant since his arrival from Barcelona in the summer of 2020. 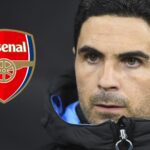 ARSENAL: How Arsenal could lineup agains 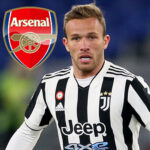