The Arsenal interest in Lyon attacking midfielder Lucas Paqueta is “real” – Gunners fans have been told today by Edu.­

Paqueta is a player that has been in the headlines alot over the past few weeks after it emerged that he was a player that Edu would love to bring to the club after an impressive season with Lyon.

Lyon are holding out for a €80 million (£67.6m) fee for the Brazil international – who was voted as the best foreign player in Ligue 1 last season – and that has become a problem as the Gunners do not want to pay that amount of money

Sporting director of Arsenal Edu recently opened up and admitted that he is truly a fan of Paqueta.

Edu said” I am a fan of Paqueta. I am seriously longing for him to come to the Emirates Stadium. Now the choice is that of the gooners

Arsenal want their fans to choose between Lucas Paqueta and 25 year old Youri Tielemans. Tielemans would be a lot cheaper and easier for Arsenal to sign due to his low market value. 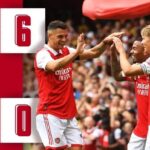 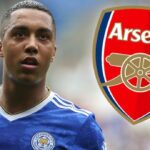