Arsenal are still very much interested in signing 25 year old Belgian midfielder this summer as they have agreed on personal terms with him.

In order to accomplish signing Tielemans Arsenal will have to knock off Premier League rival, Manchester United.

It appears Youri Tielemans has reached an agreement with Arsenal over personal terms but Arsenal are still yet to agree with Leicester City for Tielemans.

Youri Tielemans is set to join Arsenal if Full agreement with Leicester City is reached as Arsenal are the closest to signing the £25m worth EPL star.

However, Youri Tielemans could make a Shocking move to Tottenham Hotspur this summer.

Both Arsenal and Manchester United loose Youri Tielemans to Tottenham due to their inability to qualify for the UCL as the 25 year old midfielder wants to play in the Champions League.

Real Madrid have also showed up as a possible suitor for the Belgian International. Tielemans could now be contemplating a move to Real Madrid or Tottenham.

It is now quite clear that Tielemans would exit the King Power Stadium especially as Leicester City are not playing in Europe Football.

Leicester City have put their price tag to be £35m which is quite fair considering his market value of £25m. Arsenal are now bidding for £30m offer. 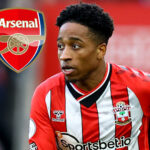 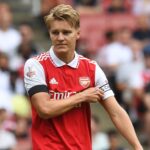