Flamengo’s hopes of signing Zenit St Petersburg midfielder Wendel may have died down after Arsenal have shown an interest in the footballer.

The 24-year-old midfielder could depart the Russian club, and England could be his destination if the interest is as firm as the reports suggest.

The Gunners’ need for a new midfielder stays well-documented, and in the last few months, so many footballers have seen their names connected with a move to Arsenal.

And the news regarding Wendel will have to be taken with a pinch of salt, as the player’s name popped out of nowhere.

The Brazilian midfielder has been a reliable impact for Zenit since signing from Sporting in 2020.

However, with the ongoing Russia-Ukraine conflict, FIFA laid down many sanctions on Russian football which means he won’t have to play for Russian side anymore.

FIFA rules allowed footballers to break free from their existing contracts. However, the Brazilian refused to exercise his right given to him by FIFA and continues to be employed by Zenit

His time at the club might be coming to an end though, as the South American midfielder is open for a move away from Russia.

Flamengo had been keen on bringing Wendel to their and made an offer which was reportedly rejected by the Russian club.

However, the Brazilian team’s chances of stuff in ng Wendel could diminish as reports of Arsenal’s interest in the midfielder emerge.

Arsenal are on a mission of searching for a new footballer in the position, but their requirement is for a more attack-minded operator. 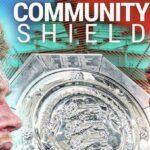