Former Arsenal boss and the current Villarreal manager Unai Emery has confirmed that Villarreal are willing to sell Yeremy Pino this summer.

Mikel Arteta and Edu are reportedly showing interest in the 19-years-old wenger and the Villarreal manager has confirmed that the Spanish international departure will be consider if the club received a satisfactory bid.

“If an offer arrives for players like Yeremy Pino, then he will have to leave. We have a responsibility with the club. It is what it is.”

Yeremy Pino currently having €80m (£68m) release clause on his current contract with Villarreal but a report revealed that Villarreal are willing to accept the player to leave if they receive an offer around £38m.

It was also reported that Liverpool are also lining up a move for the Spanish International but Arsenal look to be in the leading position to submit their formal proposal in the next few days.

Arsenal Manager Mikel Arteta is willing to bring in another winger and Pino is now the number one target for Arsenal next transfer. 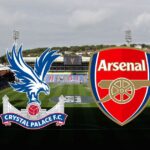 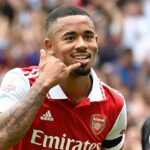