Rooney has warned Chelsea winger , Raheem Sterling that he could be out of England starting lineup with the current form of Arsenal’s Bukayo Saka.

Bukayo Saka and Raheem Sterling will be battling it out for the same position in Gareth Southgate’s starting lineup.

Looking at their current form and their performance for their respective clubs, Saka has been excellent for Arsenal this season, leading the Premier League table with 5 point clear above second place Man City, while Sterling on the other hand has been struggling to be in his best form since arriving Chelsea for £50m from Manchester City last summer.

However, the former England striker says he has been really impressed by Arsenal’s man form and he says he is a ‘top player’ with ‘no fear’.

“On the right, it’s a difficult one,” Rooney said, while speaking to The Times.

“For England, Sterling has been very good and Saka is a top player, so I would play either of them off the right.”

“The idea would be for Trent [Alexander-Arnold] to push on down the flank and for them to come in to provide a second No 10. It would cause teams problems.”

“I played many games with Sterling and he improved a lot. Working with Pep Guardiola at City improved him tactically and he has become good at the simple things, which maybe he wasn’t before.

“He can score goals, create goals, he’s quick and can beat a man. As shown in the past two tournaments, he can be a crucial player for England.”

“Saka puts Sterling under pressure, though. He plays with no fear and we’ve been talking about players not being in club form, but he is the opposite: he has been in great form for Arsenal.”

“They’re great options for Gareth and I think in different games he’ll change his team up. I don’t think anyone could complain whichever one is chosen.” 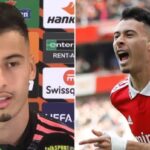 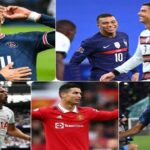